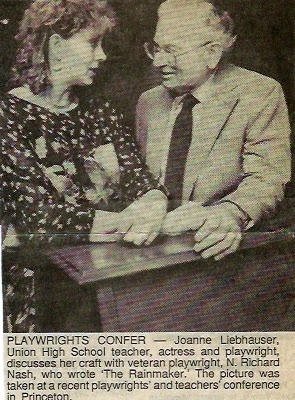 Inspiration comes from many sources. Another artist’s work can jumpstart my own creative juices.  This year has produced quite a number of inspirational films, Selma, The Imitation Game, Still Alice, Boyhood, to name a few. American Sniper left me in tears. I find I want to join in the conversation, contribute to the dialogue they present.

Live theater always inspires me. I return from a theater experience, fired up, ideas blooming from the thoughts and ideas raised, the memories stirred, the arguments or point of view expressed.

I recently attended A Winter’s Tale at the Pearl Theater in Manhattan. It is not one of my favorites among Shakespeare’s many inspiring works, but the sheer performance overwhelmed all of my senses and left me reeling with the pleasure of the evening. The acting, the sets, the lighting, the singing,  the words of the most brilliant writer were a delight. It was worth the slogging through the snow on a freezing night to get to the theater.

I once had the pleasure of meeting with N. Richard Nash, who wrote the Rainmaker and the memory of this venerable man who never stopped writing served as my inspiration to try my own hand at plays.
Posted by Joanne Weck at 4:46 AM No comments: 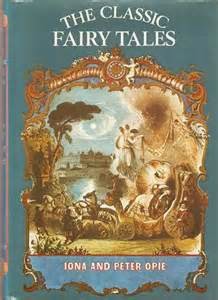 My fascination with fairy tales began when I was very young. Not the Disney versions but the scary and mysterious original versions--full of violence and danger. My favorites were Bluebeard and The Robber Bridegroom. But I was also captivated by tales of the handsome prince transformed into a bear, a beast,  or even a frog. The wicked stepsisters and the cruel stepmother. The changeling. The spell. The curse.

Why do humans choose exactly the wrong door when presented with three choices? Why are three wishes granted but the execution always self defeating? Why are children expelled from their home to face the dangers of the world? How do these tales express our deep psychological  needs, fears and desires?

Their enchantment is akin to that of  dreams, of secrets concealed and revealed by the unconscious mind. Bettelheim explains it as allowing a much needed outlet for the desires, anxieties, and vengeful feelings that are ravaging us.

I believe elements of these tales underly my stories to enrich plot and characterization, exploring the unconscious motives that drive characters to unfathomable choices and perplexing actions.  I don’t write about magic in the classic sense, but I hope my love of the magical permeates my stories.

Posted by Joanne Weck at 2:04 PM No comments:

SHARING WHAT YOU WRITE 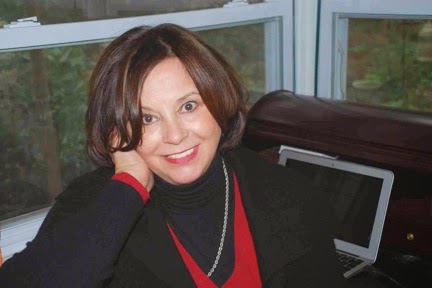 A contest win (another one) lifted my spirits this week. A short story, Ladies’ Man, won first prize and some $$$ (actually euros, but they convert) in the Creative Ink monthly contest. I need to remind myself that I want people to actually read what I’ve written.

One of the major changes in the field of writing and publishing in the past decade has been the expectation that writers must also be marketers. As most writers, I prefer to be writing, not attending to the business of publishing. I find, however, when I buckle down and devote a few hours to Sending out work, I’m often pleased with a response like this.

Many thanks for submitting your competition entry, Ladies’ Man, to our Creative Writing Ink January competition and congratulations, as you are the winner!
Thanks again, 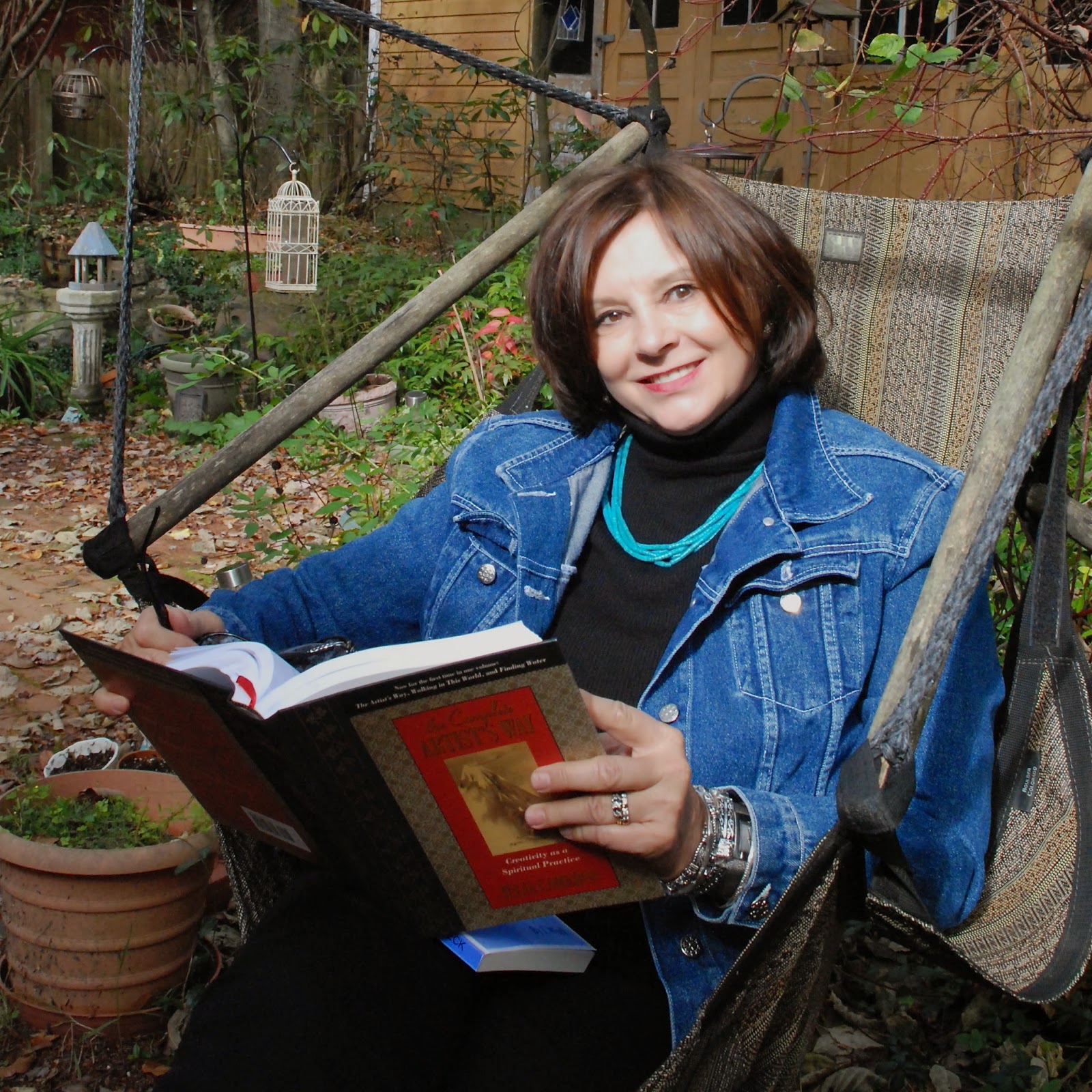 When I was a child I developed two addictions, reading and fantasy. I discovered books early. My grandmother, who died when I was six months old,  had bequeathed a wonderful library to my father. It contained everything from children's books,  (Anderson and Grimm Fairy Tales, Heidi and Mona, the Goat Boy, Three Years Before the Mast, Robinson Crusoe) to the works of the major British and American poets, and the Complete Works of Shakespeare,  Charles Dickens, George Elliot, and Walt Whitman.

In addition, my grandmother had obviously had a fascination with disasters. Her library included the The Last Days of Pompeii, The Sinking of the Titanic, The San Francisco Earthquake, The Johnston Flood and a strange and terrifying religious tract, Dying Testimonies of the Saved and Unsaved.It also contained light novels that had been popular in her day--stories about loose women who wore "lip rouge" and picked up strangers on the train.

Reading became my magic doorway to the world outside of the family, the small town, the restrictions of of the Catholic school and my mother, a more than strict Catholic. When I was nearly thirteen, my mother became concerned about my addictions. This was partly because, instead of doing chores, I could be found hidden away reading. Also, I believe, because she feared I might be unduly affected by frivolous thoughts, she began to restrict my choices. She declared the popular novels out of bounds.

She gave me a personal copy of the  Holy Bible for my pious edification. Did she realize that this tome, especially the Old Testament would open my mind to large ethical questions, to tales of murder, genocide, human sacrifice, necromancy, as well as the lovely Song of Solomon and sensuality? I'm sure she merely expected to focus my mind on the specific values she wished to inculcate--honor thy parents, don't steal, lie, cheat, or date outside of your religion.

My second addiction, fantasy, also began to cause problems for me at school. I constantly invented stories, inspired by my reading. My younger siblings enjoyed hearing my tales, but if I had no audience I still invented stories inside my own head. At school I rushed through my assignments and then, if I had no book to read surreptitiously beneath my desk, I would close my eyes, put my head down on my desk, and imagine myself the hero of some amazing adventure. This habit brought me to the attention of my teacher, a sweet old nun, who pulled me out of class to question me about my obvious distraction. "Does it have anything to do with sin?" She asked. She wrote a letter to my mother, advising her of my proclivity. Since I was an A student and a well behaved child, my mother expressed mild concern, but I began to examine my own addiction.

This introspection was a catalyst for my writing. Instead of putting my head down and retreating into an internal world of fantasy, I took out a pencil and notebook and began to write my stories. The teachers took no issue if they saw me writing enthusiastically, which became my habit and led to my most fatal addiction, WRITING.

Even if no one reads my stories, essays, or plays, something inside me needs expression. If I were locked in a closet, I would be happy with a flashlight, a book, and a notebook. I count myself lucky to be living in this digital age which provides me with the opportunity to create  and publish and imagine countless readers, responding to my words.